The content you are about to visit is in Croatian language only.
Stay in shopcontinue 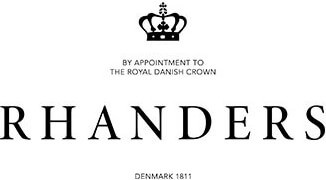 With roots dating back to the 1250’s, and officially founded in 1811, RHANDERS is the finest and longest standing glove-maker in the world.

While the name of the company has changed slightly with each generation, the phenomenon “Randers Handsker” has been everlasting - documented in official government letters during the Middle Ages and in prestigious work such a Nobel Prize winning novel “Lykke-Per”.

The company has delivered gloves and leather goods to royal families since its inception. Princess Dagmar even continued purchasing the gloves after she became Zarina of Russia. The French Queen Marie Antoinette allegedly requested gloves from Randers because of the way they made her hands feel soft and smooth, but also because of the recognisable aroma. This aroma originated from the Kalmus flower, brought to Gudenåen in Randers by French monks, and was used in the tanning process.

Today, the company continues the proud purveyorship to Her Royal Highness Queen Margarethe and Crown Princess Mary, as well as, the entire royal family. Equally, Randers Handsker continues to design and craft gloves for the Royal Navy, the SWAT team, the police and the Queen’s Guard.

Carrying more than 300 designs in the standard assortment, the exquisite products are sold across speciality stores in Scandinavia, Germany, France, The Netherlands, UK and Japan.

The company has been in the hands of just four families since 1811, while the most recent family has run the company for three generations, still actively bringing their world-renown expertise to each and every product. Today, a new family is commencing the next step in Randers Handsker's history – bringing the trusted brand to the next generations.

Cookies are small text files that websites use to enhance the user experience. The law allows cookies to be stored on your device if this is explicitly required for the operation of the website. For all other types of cookies, we need your permission. If you want to know more about cookies, visit Cookiepedia - all about cookies.
Necessary Always Enabled
Necessary cookies are absolutely essential for the website to function properly. This category only includes cookies that ensures basic functionalities and security features of the website. These cookies do not store any personal information. REJECT ACCEPT
Non-necessary
These cookies enable this website to save information on your shopping preferences including filtering your searches to display the most relevant products to you. These cookies enable us to provide a better service based on how users use our website and allow us to improve it’s performance and/or customise its features to deliver a better experience. These cookies allow us to provide you with ads that are relevant to your use of our website. They are set by us and carefully selected third parties and inform both as the third parties about your browsing habits, so you can be provided with advertising that is most relevant to you. REJECT ACCEPT
SAVE & ACCEPT
Title